In a letter to the president of the US bishops' conference, the prefect of the Congregation for Divine Worship has strongly underlined the importance of proper translations for liturgical texts.

Cardinal Francis Arinze warned Bishop William Skylstad that his office could not approve new translations unless they conform to the principles set forth in Liturgiam Authenticam, the Vatican instruction of March 2001. The cardinal also said that existing texts must be brought into conformity with Liturgiam Authenticam, and the US bishops will not receive permission to continue using defective texts...

THE CATHOLIC KNIGHT: Though my knowledge of Latin is minimal, even I can tell there is a substantial difference between the original Latin text of the modern mass, and the English counterpart. This exists in many places, and I've always felt that something was lost in the English translation we currently use today. I'll give you just one small example. During Mass, when the priest says to the congregation "The Lord be with you," the response of the congregation is "And also with you." However, this response is NOT what it says in the actual Latin text. The official Latin response is "Et cum spiritu tuo," which is more accurately translated into English as "And with your spirit." The argument of the English mass translators is that the response "And also with you," is a more dynamic translation that supposedly captures the meaning of the original Latin text more accurately, even though it's not technically an accurate translation of the proper liturgical response. A lot of people buy into this argument, but I'm not one of them. Catholic Americans are not stupid. They are perfectly capable of understanding that when the text says "And with your spirit" it is a reciprocation of the priest's blessing "The Lord be with you." DUH! The American English translators have no need to 'dumb it down' for us. In doing so they effectively cut out a mystical element of the liturgy, which elevates the mind up into spiritual thinking, and they insult our intelligence.

The prodding letter from Cardinal Arinze to Bishop Skylstad was a response to an argument the American Bishops were using in an attempt to keep the current defective liturgy, even though the Vatican had instructed them to reform it five years ago. The gist of their argument was that Catholic Americans have been using the defective liturgy for so long, that it would be too hard on them to change it now. What a crock! The Vatican's polite response from Cardinal Arinze spelled it out plain an clear. It essentially said the current English translation is "defective." There is no excuse for that. Now fix it!

It will be interesting to see how long it takes while the U.S. bishops drag their feet on this one.
Posted by Catholic Knight at Monday, May 22, 2006 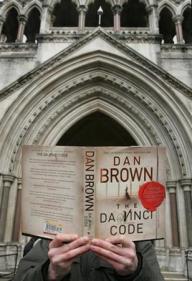