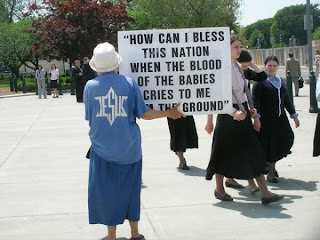 James Ossuary Is A Total FRAUD! 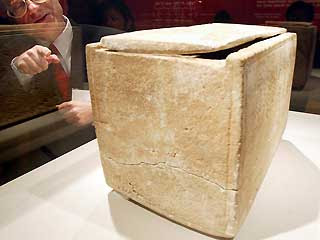 THE CATHOLIC KNIGHT: Remember the burial box (ossuary) that was supposedly "found" a while back? Those who promoted it claimed it dated back to the time of Jesus and the inscription proved conclusively that the Apostle James was Jesus' actual brother, and therefore, the Catholic doctrine of Mary's perpetual virginity was false. Well a lot of people casted doubt on these fantastic claims, and 'The Catholic Knight' was one of them. Now it looks like we've all been vindicated. As it turns out, the whole thing is a fraud, and the Israeli police are not happy about it...

(FoxNews) - The discovery electrified the faithful and faithful archaeologists alike. But skeptics began to dig deeper into the mysterious find, and Israeli police started investigating.

They found the box was authentically old, dating back to 60 A.D., the biblical date of James' death. But the inscription, they found, was a forgery.

The investigators took Golan to court, accusing the dealer of turning believers' faith against them to rake in his millions, TIME reported....