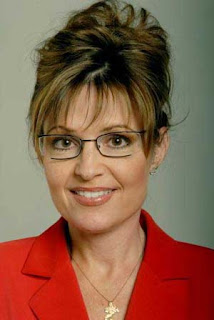 THE CATHOLIC KNIGHT:  Not only will she reel in the Catholic vote, but the Evangelical vote, and the pro-life vote in general. McCain's choice of Governor Sarah Palin for the vice presidential slot was brilliant, but perhaps not for the reasons he might have expected. Going into this decision, McCain had a major problem. While making a strong pro-life commitment at the Saddleback Civil Forum, and appearing to back away from embryonic stem-cell research there, he still had not energized the social conservative vote. Among those social conservatives who did indicate they would vote for him, it wasn't necessarily because they were supporting John McCain, but rather because they were voting against Barack Obama. Obama's nomination of Senator Joe Biden to the vice presidential slot, a brazen "Cafeteria Catholic" who opposes the Church's teachings on human life, only served to solidify the pro-life, anti-Obama sentiment. McCain's problem however was that voting against somebody isn't usually good enough to win an election, and if John McCain wants to win, he MUST have the conservative Evangelical and practicing Catholic vote. In order to do that, he's got to have a solid pro-life running mate - somebody who has a stronger record on life then he does.

Thus enters Governor Sarah Palin. Sure, she had a pro-life voting record, and has sported all the pro-life rhetoric, including the conservative Evangelical credentials. But there is something about Sarah Palin that makes her more pro-life than any person who ever ran for the Whitehouse. Sarah Palin not only talks the talk, but she has walked the walk. When confronted with the diagnosis that her preborn baby carried and extra chromosome, and would certainly be born with Down Syndrome, Sarah Palin chose to give birth to her baby boy Trig. She stood for life both politically and personally, and that was something no Whitehouse contender has ever done in that way.

John McCain, himself a pro-life Southern Baptist, may have considered this, but my guess is it wasn't a major factor in his decision making process. There are those who believe he was simply trying to reach out to Hillary voters, and they may have a point. Personally, I think that is only a minor reason, which I'm sure he'll exploit to it's fullest potential. The reason why I think John McCain likes Sarah Palin is because she too is a maverick. She's got no problem going against her own party establishment to do what she thinks is right, and that is just the kind of person McCain wants at his side during his presidency, when he plans to stick it to the Republicans just as much as the Democrats. The theme song of John McCain's political career could easily be "I Did It My Way," and for that matter, it seems that Palin is following right in his footsteps, for better or worse.

Back to the Hillary vote factor. I think McCain considered this as a minor issue, behind the maverick reputation of Sarah Palin, but one he's surly not going to let slip by without exploiting to it's fullest potential. In the Senate, McCain and Hillary Clinton have a warm relationship, though they disagree on more than a few matters. Last year, he promised Hillary the most fair and polite contest in recent political memory, should the two of them get the nominations from their respective parties. Bill Clinton reiterated that sentiment in an interview around the same time. It is the opinion of this blogger that the two of them (Hillary and McCain) entered into a "Survivor" style alliance during the early primary season of 2007. That being if one of them didn't get the nomination, the other would do whatever he/she could quietly, behind the scenes, to get the other elected. Then once the other got elected, the one who lost the nomination would find himself/herself in political favor with the Whitehouse for the next administration. This would have worked for McCain because it would be his last slap at the GOP for not giving him the nomination, which I believe he felt he was entitled to. It also would have worked well for Hillary, because if McCain gets elected, it would insure her a chance to run again in 2012. She can't do that if a Democrat (Obama) is already in the Whitehouse. Mark my words, if John McCain is elected, Hillary Clinton will play some kind of important role in his administration, even if it's just as a Senate liaison. McCain will use her resources to get things done in the Congress, and Hillary will use her pull with McCain to get what she wants out of the Whitehouse. But the nomination of Palin was something that I don't even think Hillary saw coming. It is nothing less than John McCain's thumb in the eye of Barack Obama and the entire Democratic Party establishment. In effect he's saying; "if you won't give a woman a place on the ticket, then I will!" This must be a bitter-sweet moment for Hillary. Bitter because the history-making role of a female nomination is being given to somebody else, but sweet because this makes it all the more easy to torpedo the Obama campaign at an opportune time. Is McCain hoping this will reach across the isle to disaffected Hillary voters? Sure! But who cares! This is politics, and that's the way the game is played. Will it work? I doubt it. In my experience, Hillary Clinton attracts Liberals, and Liberals are Liberals before they are anything else. A Liberal Catholic is a Liberal before he's a Catholic - that's where the term "Cafeteria Catholic" comes from. Liberal blacks are Liberals before they are black, and that is evident in the way they regularly assail Justice Clarence Thomas. And Liberal women are Liberals before they are women, so I don't expect the conservative Sarah Palin to steel many Hillary voters. I do however expect her to get a few Hillary votes just out of spite, simply because so many Hillary supporters are still hacked off about how things went down in the Democratic primaries this year. But I don't expect to see a mass exodus of Hillary Democrats to the McCain/Palin ticket.

Where Palin helps McCain is in the area he needed the most, that being the social conservative vote, particularly among conservative Evangelicals and practicing Catholics. Already practicing Catholics (meaning those who take the teachings of the Church seriously) are fuming mad over Obama's pick of "Cafeteria Catholic" Joe Biden, compounded by the heretical statements made by Nancy Pelosi last Sunday, which earned her the rebuke of every major Catholic bishop in the United States. This practicing Catholic demographic will surely pick a pro-life Evangelical over a pro-abortion "Cafeteria Catholic" in this election, just as they did in Ohio during the 2004 election. But one more thing has happened, that John McCain desperately needed, which I'm not even sure he expected. He's excited the conservative Evangelical vote, and that is the demographic that got George W. Bush elected in 2000, and reelected in 2004. Republican candidates cannot survive without this demographic, and up until today, John McCain had no certainty they would even show up to the polls in November. With the selection of Sarah Palin, that dynamic just changed. It's a whole new election now...

“A presidential candidate’s first major executive decision is selecting a running mate and John McCain’s unexpected choice of Sarah Palin inspires real confidence that a McCain Administration will be a strong ally in the pro-life and pro-family cause,” said Burch. “Governor Palin is the most pro-life vice presidential candidate ever to run. We are thrilled with this choice.”

“John McCain and Sarah Palin have matched their public defense of life with their own personal commitment to life,” said Burch....

“Women voters are electrified, and Sarah is someone who is truly in sync with the way real American women think. She is a reform-minded woman who will give all Americans, born and unborn, the authentic leadership they deserve.”

“The majority of American women support commonsense restrictions on abortion. Adding Palin to the GOP ticket will resonate with independent women voters nationwide. By choosing the boldly pro-life Sarah Palin as his running mate, John McCain has taken his stand as the one true, authentic pro-life ticket....

Dobson: "I would pull that lever" for John McCain - Sarah Palin

Earlier this year Dr. Jim Dobson, President of Focus on the Family made news when he announced on “The Dennis Prager Show” that he “cannot and will not vote for Senator John McCain.” Today, on The Dennis Prager Show, the conservative leader changed course and announced his enthusiastic support on the heels of the announcement by Senator McCain of Alaska Governor Sarah Palin as his vice presidential running mate.

Dennis Prager: I have a guest here who’s extremely significant in American life, whether you call it American political, certainly American religious life, one of the best known Christians in America— Dr. James Dobson who is president and founder of Focus on the Family…. The last time you were on was a very serious conversation about your feeling at the time that you just couldn’t vote for John McCain, and where do you stand now?

Dr. James Dobson: Well, Dennis, I shared with a colleague just a few minutes ago exactly what you said about the period of time when Ronald Reagan had broken onto the scene and I was in Washington D.C. the day he was inaugurated. That was one of the most exciting days of my life, because everything that we had hoped for and been working for had come to pass. I feel very much that way today. Maybe that’s an overstatement. Maybe time won’t validate it, but this is a very exciting and encouraging day for conservatives and pro-family activists. I am just very, very pleased....