Evolution DOES NOT Contradict Christianity

THE CATHOLIC KNIGHT: It seems so strange to me that so many Christians get all worked up about this issue. As a young man, indoctrinated by the secular humanism of today's public education system, I embraced the neo-Darwinian theory of evolution to the point of nearly denying the existence of God. Then after graduating from high-school, I got back in touch with my Christian roots, and became a Bible-thumping Fundamentalist. It was at that point I rejected evolution completely and embraced the neo-Morrisian theory of creation. Looking back on it now, I just have to laugh. It's funny how this scientific theory has become such a polarizing wedge in our society, so that many people of science think they have to reject faith, and many people of faith think they have to reject science.

Converting to Catholicism was probably the best thing for my sanity. On this particular issue, it allowed my faith and reason to be integrated once again, where I can now evaluate the theory of evolution with an open mind, and without any threat to my faith as a Christian. In truth, I think both Charles Darwin and Henry Morris added tremendous contributions to the debate, and I 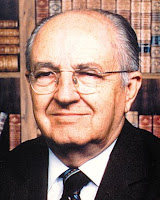 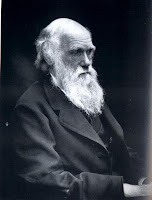 think that both of them will go down in history that way. What is needed in the whole creation/evolution debate is a little HUMILITY! And I say that to both sides. Evolution is a scientific THEORY, but then literal creationism is a theological THEORY as well. As the great astrophysicist Stephen Hawking once said: a theory is the best understanding of reality we have -- until a better one comes along. (That's my own paraphrase anyway.) A little humility on the part of both evolutionists and creationists would go a long way toward restoring civility to the debate once again. The simple fact is, none of us where there at the creation of the world. None of us, neither scientist nor theologian, eye-witnessed the biological processes that led to the creation of the first man. The best thing we have to rely on is a guess. Scientists look at the fossil evidence and make educated guesses. Theologians look at the scriptural evidence, and it's peripheral context, and also make educated guesses. It was Charles Darwin (a professing Christian) who guessed about natural selection and the origin of species. It was Henry Morris (also a professing Christian) who guessed about the effects of water dynamics on the fossil record. Both men have given us quite a bit to chew on, and I dare say that both men have given us just a shred of truth about what really happened. Between the two of them, maybe we can start to figure it out.

The following article demonstrates how Catholic Christians need not fear the theory of evolution, so long as certain theological ground-rules are understood. I hope you enjoy it as much as I did...

(New Oxford Review) - ...If we look at evolution and how it affects various religious stands, we see how the Church's teachings have such a solid foundation that they are never truly threatened by scientific ideas.

In contrast, fundamentalist Christians base their faith on a so-called literal reading of the Bible. This creates fundamentalism's most embarrassing problem. The fundamentalist must insist that the "days" of Genesis are the days of our week that God created man directly out of the dust, and so forth.

The same problem occurs whenever the Bible -- understood in a way that allows no interpretation, symbolism, or development -- must encounter the world.

The Catholic Church knows that the Bible requires symbolic readings in some places and literal readings in others. The interpretive and teaching authority of the Church gives guidance to the reader of Scripture. The believer is not left alone with what he can understand or imagine. Therefore, the Church does not trap her children in simplistic worldviews. Whatever views science develops about evolution, the Catholic Church will have the resources, in Scripture and tradition, to develop trustworthy understandings that can reconcile science's theories with the truths of revelation.

Liberal Protestantism has made the opposite mistake of fundamentalism. It has been too quick to make accommodations. Liberal Christianity readily accepted Darwinism -- and it also often accepted the pseudo-scientific hypotheses of Marxism and Freudianism and a host of destructive 20th-century "isms." It has become sort of a Vichy regime for modern secularism, doing the bidding of the materialistic mindset while trying desperately to keep alive a sham of independence.

Scientific dogmatism looks at its experiments, assumptions, and hypotheses, and can see nothing else. The Catholic Church is able to look on creation as a whole, and see that there are too many "coincidences" for this all to be random. She can see the handiwork of the Lord in the evolution of man, and in the rest of creation. She can embrace the universe's mystery and paradox. As Augustine wrote in his Confessions, addressing God, "You are the most hidden from us and yet the most present amongst us.... You are ever active, yet always at rest. You gather all things to yourself, though you suffer no need.... You grieve for wrong, but suffer no pain. You can be angry and yet serene.... You welcome all who come to you, although you never lost them."

With such insight, the Church can see that God allows mankind to evolve, yet He still guides that evolution. The same holds true for all other phenomena: They may look random, and many may be random, but the Catholic faith holds that God steps in, in mystery and in hiddenness, to control the ultimate outcomes.

The Catholic mind embraces 2,000 years of history and wisdom -- and many more years, if you include the Church's Old Testament patrimony. Therefore the Catholic worldview, with its long memory, knows that what "enlightened opinion" held to be undeniable truth in A.D. 30 was forgotten by A.D. 500. Thus the Catholic mind is not easily impressed by the latest headline or alleged discovery.

Non-Catholic worldviews are truncated and skewed. For example, to the liberal Protestant, everything before, say, 1965 is a black pit of ignorance and oppression. To the fundamentalist, everything between, say, A.D. 75 and 1500 is a gaping void. To the proud scientist, everything in his field before his latest grant proposal is foolish error.

Evolution, in asserting the role of random events, is joined by contemporary physics and chaos science in finding that there is randomness in the cosmos. So, to answer to Einstein: Yes, God does play dice.

This seems compatible with the understanding that man is free. Catholicism has always seen that there is a large element of freedom in our lives. God even seems quite willing to let us roll the dice ourselves. However, God is still in control. A controlling agent can allow much randomness, yet still have ultimate control.

God rolls the dice too. Sometimes, however, He slips in a pair of loaded dice. He is willing to play the game; He rigs, however, whenever we play so badly that we jeopardize the ultimate outcome....