The Fall of American Christianity 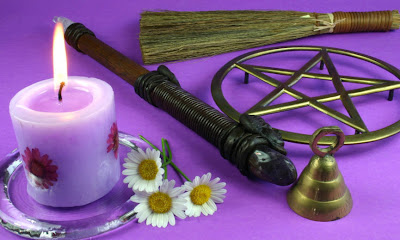 (Christian Post) - While many Christians today are closely monitoring the growth and activity of Islam, especially after 9/11, another religious movement has been steadily growing “under the radar” and could become among the largest religions in the United States in less than five years.

“Wicca is the fastest-growing religion in America, set to be the third largest religion by 2012,” claims Marla Alupoaicei, who co-wrote the recently released book “Generation Hex” with fellow Christian author Dillon Burroughs.

“The numbers of adherents are doubling every 30 months,” she says.

Furthermore, every major city in the United States has networks of Wiccans, adds Burroughs.

“Certain parts of the country, such as the Pacific Northwest, the mountain states (New Mexico and Colorado) and areas near Salem, Mass., are the strongest in the U.S.,” he says. “However, I live in Tennessee and have found pockets of Wiccans in Tennessee, Georgia, North Carolina, and Virginia to interview. I didn't have to travel far or even outside of the so-called Bible belt to find Wiccans....

THE CATHOLIC KNIGHT: This trend is extremely important to monitor because it signals the beginning of the end for Christianity in the United States. It is virtually identical to the trend that existed in Europe during the middle of the 20th century. The rise of occultism is the result of the vacuum created by Secular Humanism. When governments and media push Secular Humanism upon a population, the effectively create a spiritual vacuum. Nature abhors a vacuum, and seeks to fill it as quickly as possible with anything it can. First to fill the void are unorganized natural religions, such as Wicca (pronounced as "wick-ka" or "witch-ah"), formerly known as "Witchcraft." Wicca is a naturalist religion, in which adherents worship nature and a spiritual "goddess." There is a strong sexual component to Wicca as well, which makes it very attractive to young men as well as women. Unlike spiritism, the New Age, and other forms of the occult; Wicca is highly successful, and has a history of an extremely fast growth rate. It mostly attracts young people who are disillusioned (or bored) with traditional Christian religion. This is the first generation of Wiccans.

Besides the obvious problems associated with Wicca's occultism, there is another serious problem that has become quite obvious in Europe, but completely ignored by the secular media. Wicca has a short half-life. By that I mean, it has the same problem as all unorganized religion. It doesn't last but two generations before it weakens enough to give way to the aggressive proselytism tactics of more organized religions. In Europe we see this happening with Islam. The children and grandchildren of European Wiccans are acutely aware of the problems associated with unorganized occultism, and seek a deeper meaning of existence in the spirituality of a more organized eastern religion - Islam. Try as they may to hold on to their children, European Wiccans have discovered that their unorganized spirituality is exactly everything Muslims claim it is; a form of Paganism that Allah (the God) abhors. As Europe enters it's third generation of occultism, massive conversions of Europe's native population to Islam are underway. The trend has become so prevailing, that some European countries (such as the U.K. for example) are instituting state enforced versions of Sharia (Islamic) Law to those who want to live by it. Europe has discovered, as a matter of historical fact, that Wicca cannot withstand the aggressive proselytism of Islam. In the end, little 'Harry Potter' always bows the knee to Allah.

Now we are witnessing the same trend emerging in the United States. Take a good look at these Wiccan communities, because that is the pool from which Islam will soon draw it's newest converts. It will happen within one or two generations at most. By the time the infants of today reach adulthood, we can expect to see a native Muslim population that is thriving in the United States.
Posted by Catholic Knight at Tuesday, September 23, 2008