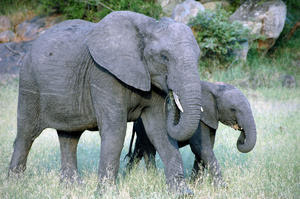 THE CATHOLIC KNIGHT: Please do not mistake my praise of vice presidential nominee Sarah Palin as an endorsement of the Republican Party. 'The Catholic Knight' is an Independent voter, and holds membership in pro-life organizations within many American political parties. However, being an Independent means being free. I'm not locked into any political party or political ideology. I place the social teachings of the Catholic Church first, and vote for whatever candidates are more closely aligned.

That being said, I had to point out this story, and do so in the context of the Republican Convention's decision to revise it's Pro-Life plank, so that it is now the most Pro-Life platform ever in the history of American politics (read more here). In effect, what this tells us is that regardless of who wins the presidential election in November, when it comes to fighting the war for the heart and soul of the Republican Party, WE WON! When I say "we" I mean the Pro-Life Values Voters - social conservatives - regardless of our party affiliation or lack thereof. With the new Republican Platform, compounded with the nomination of Sarah Palin to the presidential ticket, the Republican Party has finally admitted that they can't win an election without us. So they're willing to change the Republican Party platform to a position 100% compatible with the Pro-Life teachings of Catholic Social Doctrine, and nominate a militantly Pro-Life maverick governor to the vice presidency, who has proved her willingness to root out government corruption - even when it exists within the Republican Party...

(www.RemnantNewspaper.com) I never thought I would say this, much less write it for public consumption, but here it is: In recent days I have become convinced that Catholics are not only justified in voting for the McCain-Palin ticket in November as the lesser of two evils, but that they are morally obliged to do so. Please, hear me out.

I have not arrived at this conviction because there is even a dime’s worth of difference between the Republicans and the Democrats in their adherence to the Cult of Liberty that has destroyed a once Christian civilization and brought the Western world to the brink of an apocalypse. Nor do I have any expectation that President McCain or Vice President Palin would be able (or even willing) to save a single life in the womb through an exercise of executive authority in defense of the divine and natural law, or through the appointment of Supreme Court justices who would construe the Constitution in accordance with the divine and natural law. On the contrary, the candidates for both parties remain equally submissive to the dogmatic teaching of the Cult that, as UCLA sociologist Robert N. Bellah has put it, “the national magistrate, whatever his personal religious views, operates under the rubrics of the civil religion as long as he is in his official capacity.”

Rather, I am convinced we have a moral duty to vote Republican for two reasons that make this election significantly different from previous elections. The first reason is Sarah Palin: an unreservedly “pro-life feminist” mother of five, who gave birth to her fifth child knowing that he had Down Syndrome; a woman who has been married to the same man for twenty years; a self-described “hockey mom,” avid hunter and NRA member; a fiscal and social conservative (by contemporary standards) who—and this alone is reason to cheer—endorsed Pat Buchanan’s presidential bid.

Yes, during her acceptance speech Palin did pay tribute to Hillary Clinton’s “determination and grace,” which is hardly the way to describe Clinton’s frenetic attempt to sink her steely fangs into the presidency like some desperately flapping famished vampire bat. And yes, Palin, baptized a Catholic, suffered the misfortune of being made a member of something called the “Wasilla Assembly of God” by her parents when she was still a little girl. As a participant in one of the innumerable Pentecostal enthusiasms born of the Cult of Liberty (cfr. Nathan O. Hatch’s The Democratization of American Christianity), she would be just as insensible as the rest of Protestant (and liberal Catholic) America to the radical errors of pluralist democracy which are the catechism of the Cult. Yet despite the religious decisions that were made for her when she was a child—during the mid-70s, when Catholics were deserting the Church en masse thanks to the postconcilar “reforms”—the appearance of Sarah Palin on the Republican Party ticket is nothing short of a minor miracle. This woman clearly possesses the kind of decency, integrity and simplicity of intention that American politics has bred out of practically every contender for public office at any level in this country. Where did this lady come from?

Obviously, McCain chose Palin in a bid—calculated and cynical—to mobilize electoral support among the evangelical Christians who were quite rightly threatening to boycott this election (along with many traditional Roman Catholics, this writer included). And had McCain chosen anyone on the menu of losers that reportedly comprised his short list, that boycott would have denied him the White House. But McCain chose Palin—a right-winger called in from left field—thereby signaling that he knows, and that the Republican Party apparatus knows, that the limit has been reached in the Republicans’ game of the carrot and the stick.

In fact, McCain has abandoned his once dogged effort to add exceptions for rape, incest and “danger to the life of the mother” to the Party platform on abortion, with its call for a Constitutional amendment to declare that the Fourteenth Amendment applies to humans in gestation. It seems to me that this year, at least, the Republican Party has sufficiently distinguished itself from the Democrats on the greatest moral issue of our time to justify voting Republican, with the selection of Palin tipping the balance in favor of that conclusion.